An eclectic array of hotels and restaurants with private dining rooms are to be found in the area alongside traditional London pubs and bars with function rooms available to hire for group dining events.

The architectural ambience of this upmarket West End district is defined by its grid network of streets, including the Harley Street medical quarter of international renown, alongside elegant mews houses nestling in-between its grand historic garden squares such as Cavendish Square and Portman Square.

Home to the BBC’s iconic Broadcasting House headquarters since 1932, Marylebone’s central London location and close proximity to other business and tourist areas of the West End make it a popular choice for private dining events including breakfast meetings, lunches, dinners and corporate Christmas parties.

The main rail terminus of Marylebone is located in the northern part of the district, within easy walking distance of the famous Madame Tussauds wax museum.

Marylebone is easily reached via the London Underground Central Line tube stations of Oxford Circus, Bond Street and Marble Arch or via Great Portland Street on the Circle, Hammersmith & City and Metropolitan lines. 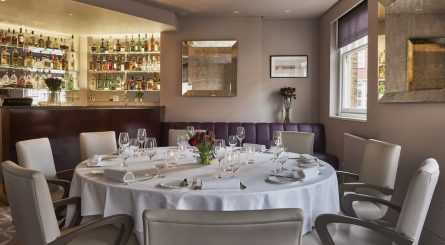 The private dining room at Orrery restaurant in Marylebone High Street seats up to 12 guests. Restaurant exclusive hire also available for up to 100 seated (150 standing guests. The Rooftop Terrace can accommodate up to 40 seated (70 standing) guests. 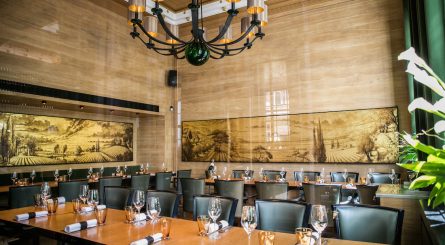 The Lamennais Room at Les 110 Taillevent London in Cavendish Square, Marylebone W1 can accommodate up to 30 seated guests for private dining lunches or dinners and is also available to hire for standing drinks receptions of up to 40 guests. 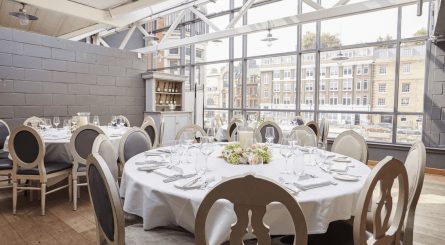 Aubaine French restaurant in Marylebone’s fashionable Moxon Street has a first floor private dining room accommodating up to 65 seated guests or up to 100 guests for standing drinks receptions. Restaurant exclusive hire is also available for larger events of up to 100 seated (150 standing) guests. 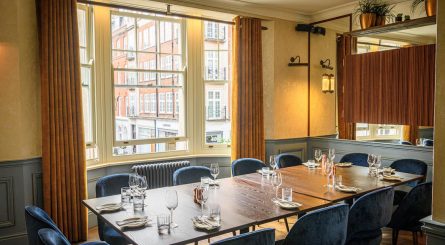 The Cavendish in Marylebone has two private dining rooms which accommodate 18 – 30 seated guests or 20 – 40 for standing drinks receptions. The rooms can be combined for larger events of up to 60 seated guests. 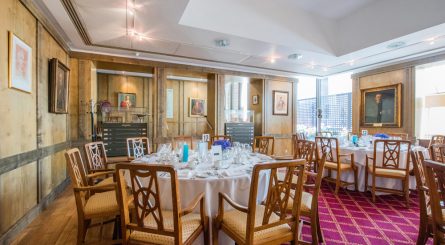 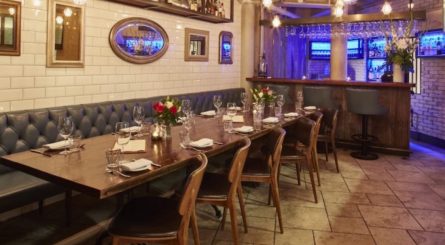 Located on Marylebone Lane and just a stone’s throw from Oxford Street and Bond Street tube stations, the private room at 28°- 50° Wine Workshop & Kitchen is the perfect choice for corporate dinners, parties and family celebrations. The room accommodates up to 16 seated guests or up to 25 guests for standing drinks receptions. 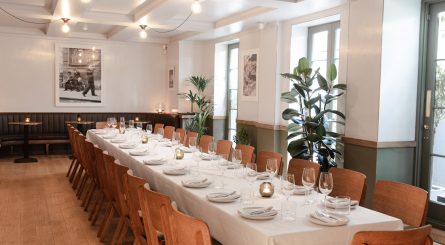 The Italian Greyhound bar and dining room in Marylebone is located close to Marble Arch tube station. The Garden Room can accommodate between 2 – 50 guests for private dining events or 30 – 100 guests for standing drinks receptions. 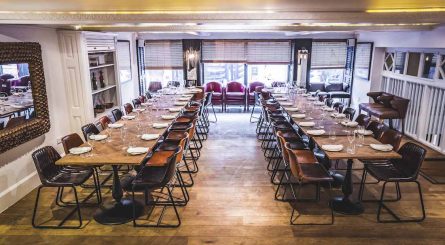 The Caleya private dining room at Iberica Spanish restaurant in Marylebone has great views of Great Portland Street and accommodates up to 45 seated guests or up to 65 guests for standing drinks reception events. 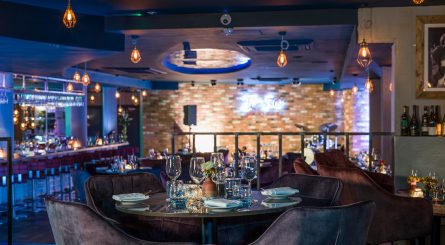 28°-50° by Night in Marylebone has private dining spaces accommodating 8 – 70 guests or up to 45 guests for standing drinks receptions. This Wigmore Street night time venue is also available to hire exclusively for larger events of up to 90 seated (120 standing) guests. 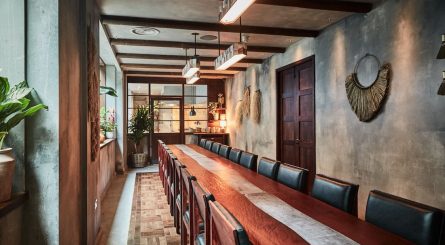 The Chef’s Table at KOL Mexican restaurant in Marylebone seats up to 22 guests and the adjacent Mezcaleria seats up to 25 guests. Private dining events of up to 40 seated guests can be accommodated when both rooms are combined. 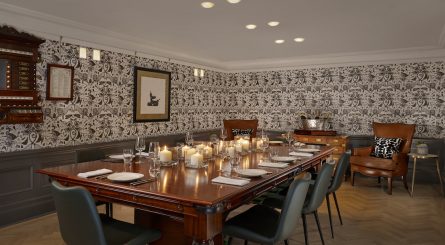 Holmes Hotel London is located in Chiltern Street, in the heart of Marylebone Village. Private dining rooms at Holmes Hotel and The Residence at Holmes Hotel can accommodate 6 – 60 guests or 8 – 100 guests for standing receptions.