With nearly half a million international visitors a year coming to the area, highlights include the many pretty villages of the Pennines, The Angel of The North, York’s famous Roman cathedral and city walls, Durham’s Norman cathedral – a world heritage site. There’s also Newcastle upon Tyne’s fabulous tourist activities and visitor attractions such as the Millennium Bridge as well as a plentiful restaurant scene and nightlife in which to host private events, while towns like Whitby showcase the region’s bountiful fishing heritage. There’s even surfing along many of the coastal areas and the much-loved Magpies football team aka Newcastle United F.C. and Sunderland A.F.C.

The two private dining rooms at Six Restaurant at Gateshead Quays in Newcastle-upon-Tyne can respectively accommodate up to 24 and 40 seated guests. 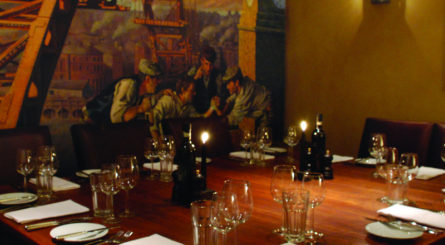 The two private dining rooms at Hotel du Vin & Bistro in Newcastle upon Tyne can respectively seat 12 and 22 dining guests. 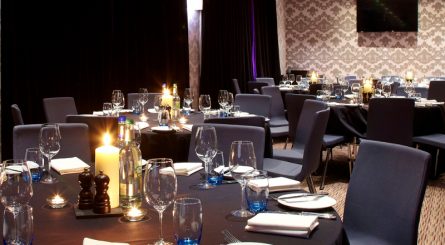 The private dining rooms in Newcastle’s Quayside are, depending on which room you choose, each able to seat between 10 to 30 seated guests.