Venues in Soho with private dining rooms reflect the area’s rich cultural heritage and provide a diverse selection of cuisines from all over the world.

Soho in London’s West End is a buzzing area with an important cultural history. From being the stamping ground of bohemian intellectuals in the 1950’s, through the seedy sex industry days of the 1970’s to its current reputation of being home to the British creative & entertainment industries, Soho has retained its unique gritty charm throughout the last sixty years.

Lovers of authentic Chinese food are attracted to the area due to London’s Chinatown being located there with Gerrard Street at its epicentre. There is, however, a wonderfully eclectic mix of cuisines to be found in Soho restaurants. From Italian to French & Eastern European to South American – Soho has most cuisine bases covered!

A fantastic array of restaurants, bars and hotels are to be found in the neighbourhood – many of which with private dining and function rooms available to hire for group dining events.  The warren of streets contained within the area’s one square mile include Wardour Street – the location of the original Marquee Club, Frith Street – where Ronnie Scott’s Jazz Club is situated, and Old Compton Street – often referred to as London’s gay village.

Soho is separated from nearby Covent Garden by Charing Cross Road on its eastern edge with Regent Street separating it from its swanky neighbour, Mayfair, located on its western perimeter.  As with many West End locations, Soho is well served by London’s underground train service. Nearby tube stations include Oxford Circus, Tottenham Court Road, Piccadilly Circus and Leicester Square. 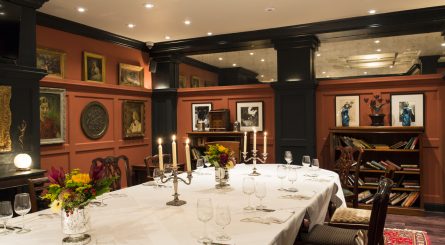 L’Escargot is a French restaurant located in the heart of Soho. The three private dining rooms located on the 2nd and 3rd floors offer complete privacy from the main restaurant and accommodate 12 – 40 seated guests or 16 – 65 guests for standing drinks receptions. 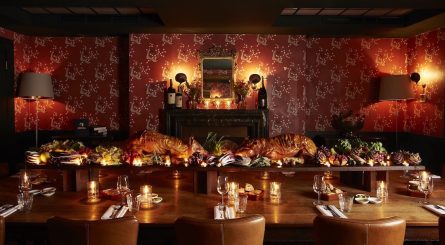 The Remus Room at Soho’s Bocca di Lupo can accommodate 12 – 32 seated dining guests and up to 42 for standing receptions.. 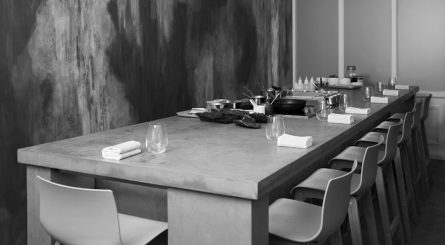 Aulis London in Soho is the experimental hub for world renowned chef Simon Rogan, and his team of London chefs at Michelin starred Roganic. The Chef’s Table seats up to 8 guests. 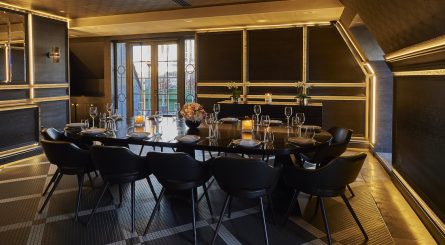 Aqua London, Regent Street
Japanese and Spanish |
Seats up to 30 |
£30+ per person 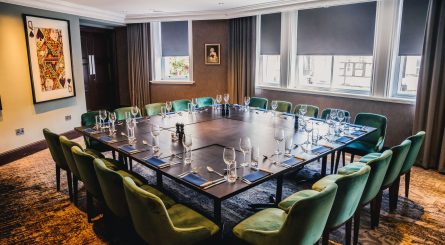 The two private dining rooms at Heliot Steak House at The Hippodrome can seat between 10 to 40 dining guests. Restaurant exclusive hire also available at Heliot Restaurant for up to 100 seated guests. 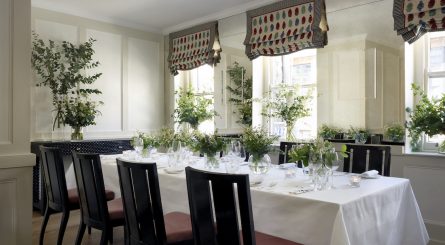 The four private dining rooms at Quo Vadis in Dean Street, Soho seat between 9 – 32 guests. The Marx Room is also available to hire for standing receptions of up to 50 guests. 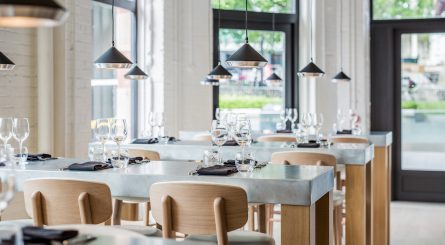 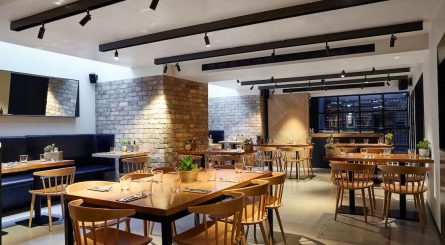 The dining room at Obicà Poland Street can accommodate up to 35 seated (50 standing) guests and the private room seats up to 55 guests. Restaurant exclusive hire is also available for up to 90 seated guests or up to 120 guests for standing receptions. 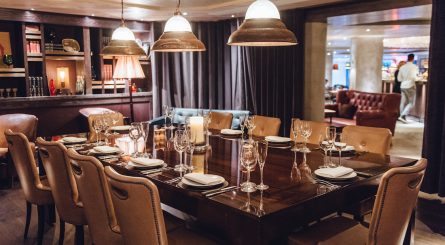 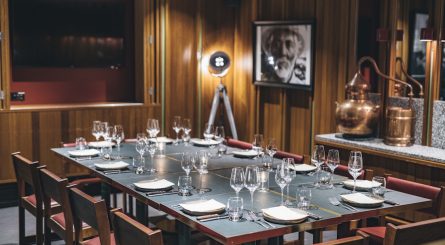