Bocca di Lupo has captured London’s heart by serving the very best of regional Italian cuisine. It has become an instant classic in Soho, with a timeless feel.

Number 1 in Time Out’s top 50 restaurants, and Restaurant of the Year (Fay Maschler/Evening Standard) since it opened late in 2008, it has attracted almost unprecedented critical acclaim. The restaurant serves simple, esoteric food – expertly sourced and prepared. The wine list has also caused quite a stir, and the service is both professional and friendly.

The private dining room at Bocca di Lupo seats 12-32 guests at a bespoke teak table made by Martino Gamper. The room is warm and opulent, with an independent sound system for guests who wish to provide their own music.

Bocca di Lupo encourages parties to choose from its feasting menu, serving whole suckling pigs, giant fishes and gelato cakes to the table to share. For those who prefer a choice for their guests, prix fixe menus start at £30 for 3 courses.

Bocca di Lupo has been listed in these categories 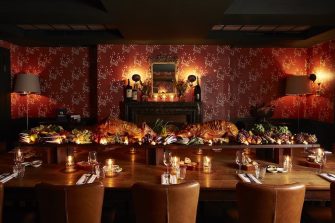 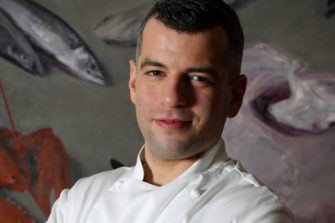