South Bank in Central London is bordered by the neighbouring South London districts of Wandsworth to the south and Southwark on its eastern edge.

The location for the post-World War II Festival of Britain, South Bank is home to some of the most important  cultural arts buildings in the capital including the Royal Festival Hall, the National Theatre, the British Film Institute Southbank and the Hayward Gallery.

With the iconic London Eye a dominant visual feature of its Thames river frontage, South Bank is connected to the northern shore of the Thames via four bridges. Blackfriars Bridge, on its eastern edge, connects the area to the City of London with Waterloo Bridge crossing the river to Victoria Embankment, just south of Covent Garden and Charing Cross. Westminster Bridge and Lambeth Bridge provide access from South London to Westminster.

The district has an impressive selection of hotels and restaurants with private dining rooms available to hire for group dining events. South Bank’s proximity to both Westminster and The City make it a popular destination for corporate breakfast meetings, lunches and dinners with many of the group dining spaces at venues in the area affording stunning views across the Thames.

South Bank has excellent public transport connects. The main railway terminus of Waterloo it located within the district. The London Underground tube station at Waterloo is on the Jubilee, Bakerloo & Northern lines as well as the Waterloo & City shuttle line, known to London commuters as The Drain, which connects Waterloo with Bank station in The City. 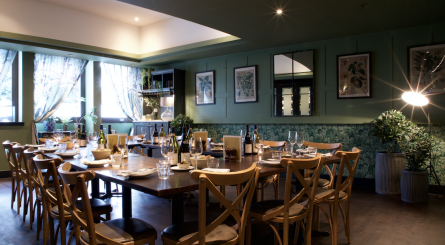 The three private dining rooms at Brasserie Blanc, South Bank can respectively accommodate up to 22, 40 and 62 seated guests for events. The Deluxe Area accommodates up to 100 guests for seated or standing guests. 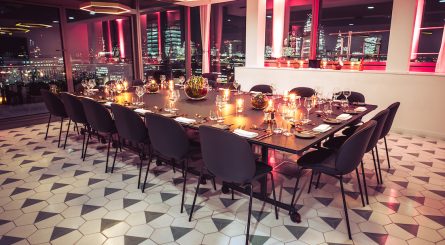 The events spaces at Sea Containers provide panoramic views over London. The Wren private dining room seats up to 30 guests and Cucumber restaurant accommodates up to 100 seated (200 standing) guests. 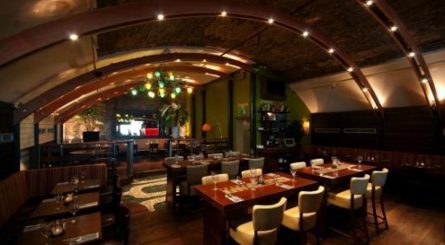