Restaurants with private dining in Bermondsey

Bermondsey – just over the River Thames from The City, via Tower Bridge – has an interesting selection of private dining rooms available to hire for events.

Located between Southwark and Rotherhithe, Bermondsey is part of the London Borough of Southwark. The waterside edge of this South East London district has splendid views across the river towards the historic Tower of London & St. Katharine Docks Marina in Wapping, to the edge of the City of London, from which it is connected via iconic Tower Bridge.

This formerly gritty urban dockland area has been massively regenerated during the last few decades with areas such as Butlers Wharf now being home to prestigious riverfront apartments.

A good selection of restaurants in the Bermondsey Street and Shad Thames parts of the district provide private dining spaces for group dining events and celebrations. These venues, alongside the range of gastropubs with function rooms which are also to be found in the district, are increasingly popular with canny City PAs looking to book business lunches & dinners away from the hubbub of The City.

This gritty part of South East London is also home to Millwall FC’s football ground, The Den, and Bermondsey Fashion and Textiles Museum. Acclaimed British actor Sir Michael Caine was born and raised in Bermondsey which was for many years known as Biscuit Town due to it being the location of the Peak Freans biscuit factory for over a hundred years until the late 1990’s – not a lot of people know that, as the great thespian might say!

Bermondsey is accessible via the London Underground tube stations of Bermondsey and nearby Canada Water on the Jubilee Line with London Bridge railway terminus a comfortable 10-15 minutes stroll away. 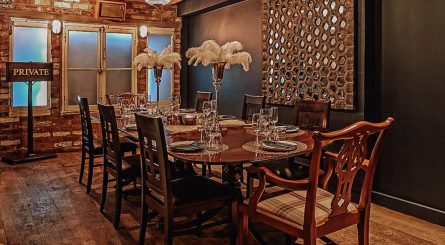 The private dining room at The Last Talisman on Bermondsey Street accommodates up to 18 guests or up to 25 guests for standing drinks receptions and The Chef’s Room holds up to 25 seated (50 standing) guests. The Mala Madre event space has its own bar & DJ and can accommodate up to 45 seated (100 standing) guests. 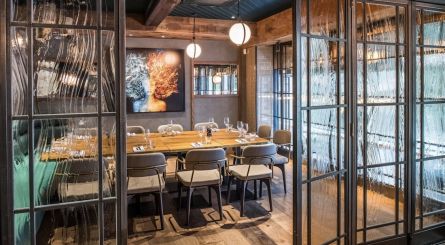 The private dining room at The Coal Shed London, One Tower Bridge can accommodate up to 14 seated guests at one table or up to 20 guests at two tables. The mezzanine floor is also available to hire for up to 50 seated guests or up to 65 guests for standing receptions. 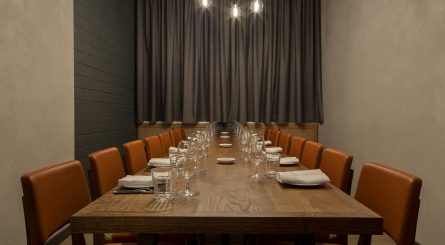 The private dining room at Angela Hartnett’s Café Murano Bermondsey Street seats up to 14 guests and has the charm, elegance and excellent food that Angela is renowned for. 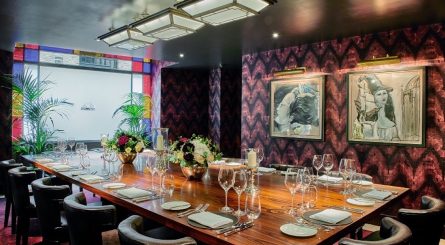 Le Pont de la Tour in Shad Thames overlooks Tower Bridge and has two private dining rooms respectively seating up to 20 and up to 25 guests. 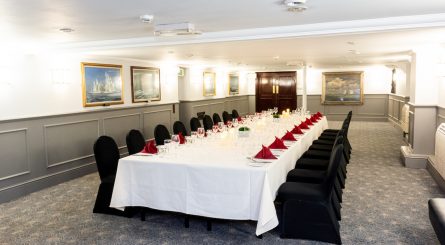 Anchored on the River Thames next to the celebrated Tower Bridge, HMS Belfast is a landmark London venue with four private dining rooms accommodating 18 – 144 seated guests or 30 – 200 guests for standing receptions. 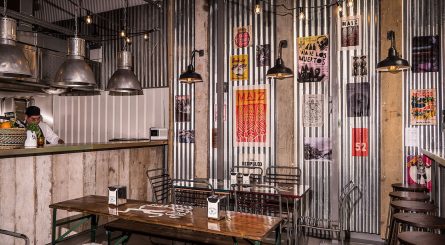