Restaurants and pubs in Blackfriars with private dining rooms

Blackfriars is a district of the City of London located in the south west of The City with the Victoria Embankment of the Thames at its southern edge and Fleet Street, Ludgate Hill and St. Paul’s at its northern perimeter.

Connecting The City to the south bank of the river at Bankside via Blackfriars Bridge, Blackfriars has a selection of restaurants and hotels with private dining rooms and traditional London pubs with function rooms available to hire for group events including breakfast meetings, team lunches and corporate dinners.

The district is an ancient part of The City dating back to the 13th century when it was home to the Black Freres order of Dominican monks, from which its name is derived.

Blackfriars has excellent rail and Underground connections. Blackfriars rail station – and the similarly named tube station which is accessible via Circle and Metropolitan lines – has an interesting claim to fame being the only station in London with entrances on both sides of the River Thames ; the northern entrance of the station being on Queen Victoria Street in the City of London with the entrance south of the river located on Blackfriars Road in the Bankside area of the capital’s SE1 district. 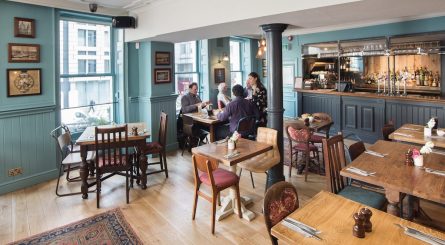 The Upstairs Room at The Albion pub in Blackfriars seats up to 40 guests for private dining events and can also accommodate up to 60 guests for standing drinks receptions.

The private dining rooms at Obicà St Paul’s can accommodate 18 – 25 seated (30 – 45 standing) guests. Restaurant exclusive hire is also available for up to 120 seated guests or up to 200 guests for standing receptions. 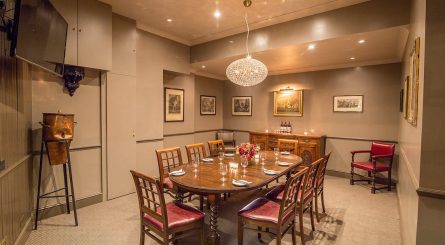