Aldwych is a distinctly crescent shaped street which runs for nearly 500 metres above Strand – to which it is connected at both ends – with the main Kingsway arterial road at its midpoint enabling northward access to the Holborn district.

Part of the London Borough of Westminster, Aldwych is one of the thoroughfares in the capital which serve to connect The City to the West End.

The district’s close proximity to Covent Garden ensures that private dining rooms in the Aldwych area are always in great demand for group events such as breakfasts, lunches, afternoon teas and dinners. 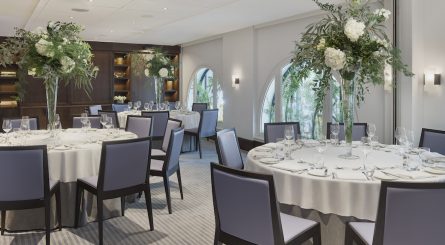 One Aldwych Hotel has a selection of private dining rooms available to hire for a range of events – from intimate dinners to standing Champagne receptions.

The two private dining rooms at The Delaunay in Adwych accommodate up to 8 and 14 seated guests or 24 on a single table when combined. 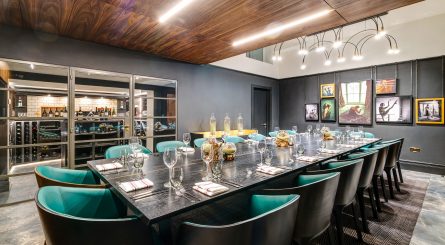 The two private dining rooms at The Amicable Society of Lazy Ballerinas in Fleet Street, London EC4 can seat up to 18 guests. The venue also provides the ideal space for standing drinks receptions of up to 80 guests.