The South West London district of Vauxhall has a River Thames south bank frontage and is located between Nine Elms to the west and Kennington and Lambeth to the west, with Stockwell to the south.

Vauxhall’s close proximity to Westminster – from which it is a short taxi ride away via Vauxhall Bridge, which connects the district to Pimlico on the north bank of the Thames – makes it a desirable area for value-for-money group social events.

The district has undergone massive regeneration during the last ten years or so which has resulted in an impressive architectural river frontage including the swanky apartments of St. George Wharf Tower and the iconic SIS Building – better known as .. whisper it … the headquarters of the British security service, M16 – which is often featured as a London backdrop in many a modern spy movie. Vauxhall – sometimes known as Voho – also has a great selection of gay bars and nightclubs.

Vauxhall is easily accessible by London Underground via Vauxhall tube station on the Northern Line which is situated just a few hundred metres from The Oval – one of world cricket’s most hallowed grounds. 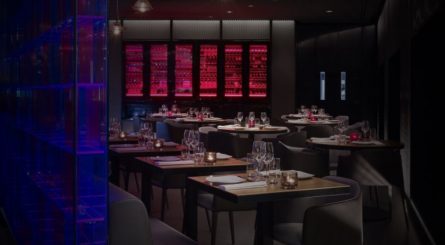 Private dining at Chino Latino Established over ten years ago, we remain master in our craft with our delicate menu highlighting the best of Pan-Asia’s culinary offering, whilst also being