Private dining rooms in Mayfair provide a discrete environment for business meetings as well as both private and corporate lunches & dinners.

Mayfair is home to grand architecture, elegant squares and fine parks as well as being the location for some of London’s most exclusive shops. The stamping ground of the rich and influential, Mayfair is bordered by Regent Street, Oxford Street, Piccadilly and Hyde Park and provides a superb range of restaurants and hotels offering a broad mix of cuisine. Mayfair is well served by the London underground and can be reached by traveling to tube stations including Green Park, Bond Street, Piccadilly Circus and Hyde Park.

If you are looking for for a private dining room in Mayfair, at www.privatediningrooms.co.uk we offer a great range of dining rooms available to hire for private lunches and dinner events. 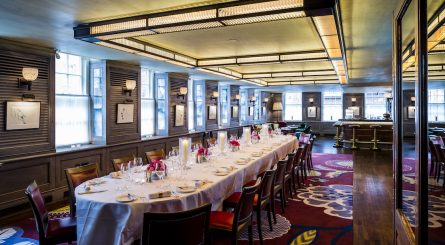 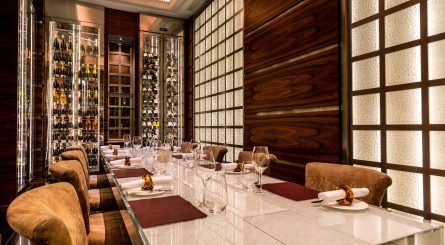 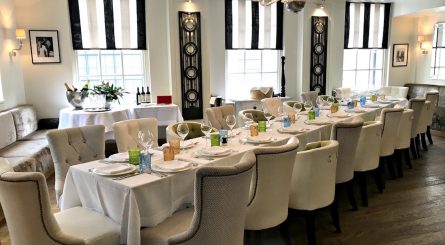 The two private dining rooms at Hush can respectively seat 40 – 66 guests and up to 100 for standing receptions. The Brasserie is also available to hire exclusively for larger events of up to 73 seated guests or up to 150 guests for standing drinks receptions. 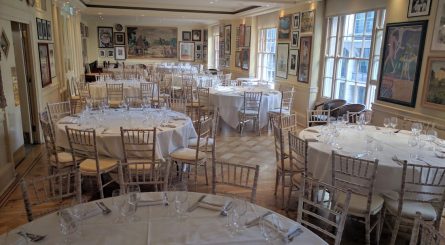 Langan’s Hall of Fame private room at Mayfair’s Langan’s Brasserie can accommodate up to 80 seated private dining guests or up to 120 for standing buffet events. 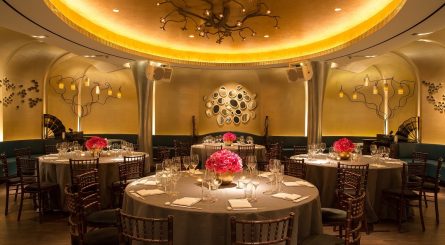 A name that is synonymous with masterful techniques, confident Japanese flavours with a hint of Peruvian influence, and precise presentation, Nobu Berkeley ST is the place to be seen in 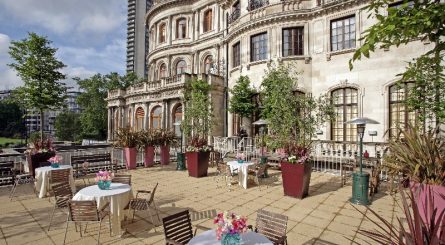 The six private dining rooms at No.4 Hamilton Place in Mayfair can accommodate between 30 and 180 seated guests & up to 300 for standing events. 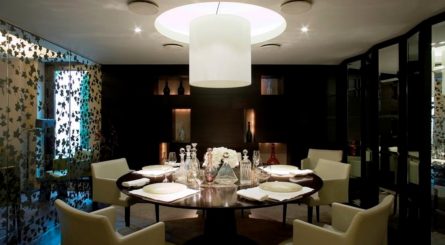 The luxurious private dining room at Michelin starred The Greenhouse restaurant in the heart of Mayfair can seat up to 12 guests around its circular table. The Lotos Room at five star hotel, The Beaumont in Mayfair accommodates up to 40 guests (18 boardroom style) or 60 for standing receptions. 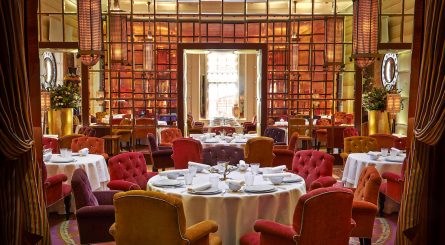 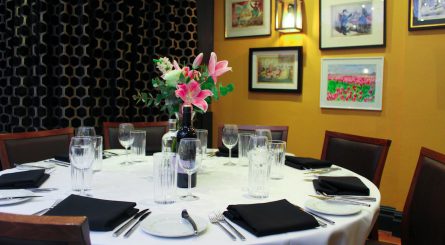 The Fox Club is a member’s club in Mayfair with three private dining rooms accommodating between 12 to 30 seated guests. The Fox Bar & Lounge is also available to hire for up to 65 standing guests.