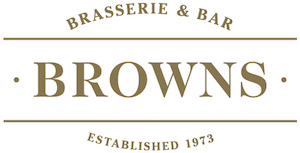 Browns Courtrooms, steeped in history, memories and character has seen some of the most prolific of judges acquiring their reputation and expertise in bankruptcy law within the unique site.

Built in 1908 and lies in the heart of London’s West End, the Courtrooms were still in operation until 1990, following its closure, the building was later renovated and opened for business as Browns in 1996.

The Judge’s Court is the largest of the 4 Courtrooms; this flexible space can accommodate all occasions. Granted with a civil ceremony licence this stunning venue continues to capture and immortalise individual’s memories within its walls.

The Barrister’s Court was originally used for administrative purposes.  It is now our second largest private room and maintains similar features to the Judge’s Court.

The Judge’s Chamber offers a combination of a more informal and comfortable space than the majestic county courts. Originally used as a place of consultation, this inviting space suits both intimate private dining, informal and formal meetings.

The Judge’s Study is the smaller of the private rooms, originally used at the judge’s study for solitude and reflection, this intimate space creates the perfect ambience for a special dinner or private meeting.

Browns Courtrooms has been listed in these categories 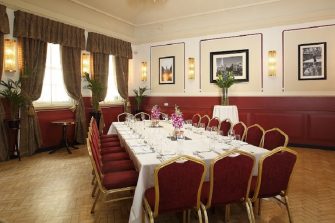 Brown’s is a former courtroom. Situated in the heart of Covent Garden’s theatreland, the theatrical aspect of its four private dining rooms is happily evident. History and beauty stamp this