If you are looking for a private dining room or venue function room in an area within the London E postcode district, at Private Dining Rooms we offer a great range of restaurants, stylish pubs and hotels with private rooms available to hire for group social events including breakfast meetings, business lunches, celebration dinners and standing drinks party receptions.

Alternatively, let us do all the work for you by simply filling in the form on our venue finding service for private dining rooms in London and we’ll connect you with a selection of venues in the East London district of your choice which we feel are most appropriate to your requirements, in terms of room capacity, cuisine and budget, to enable you to cherry-pick the private dining room best suited for your group event.

The northern edge of East London includes the districts of Chingford (E4) & Walthamstow (E17) with districts in the southern part of the East End including Spitalfields & Whitechapel (E1) and the London Docklands areas of Limehouse, Canary Wharf, Victoria Docks and London City Airport (E14 & E16) with their River Thames southern border.

The East End – home to the original London Cockneys and their traditional rhyming slang – is an authentically gritty part of London with a rich history. The many attractions in the area range from the towering office skyscrapers & riverside apartments of Canary Wharf and the impressive Olympic Park at Stratford (home to the 2012 London Olympics) to the urban hipster district of Shoreditch and historic markets at Spitalfields and Columbia Row. 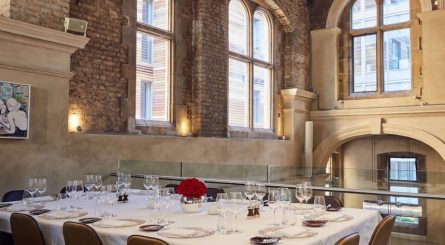 Galvin La Chapelle in Spitalfields is located close to Liverpool Street, making it ideal for Michelin starred private dining events in The City. Private dining spaces seat up to 16 and 30 guests and restaurant exclusive hire is available for up to 120 seated (250 standing) guests. 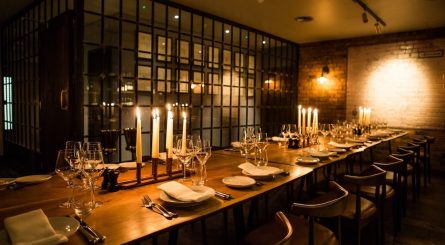 The candlelit wine cellar at Canto Corvino in Spitalfields, close to Liverpool Street, accommodates up to 24 seated (40 standing) guests. 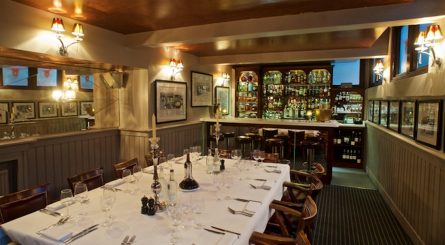 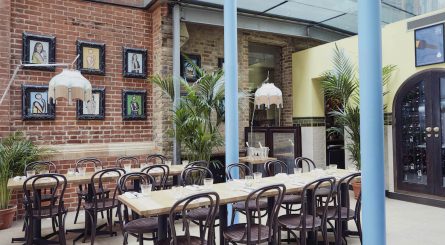 Galvin Galvin Bistro and Bar in Spitalfields is just minutes walk from Liverpool Street, making it a convenient venue for City private dining events. The Conservatory & Pommery Garden accommodates up to 30 seated guests or up to 80 guests for standing drink receptions. Venue exclusive hire also available for up to 80 seated (150 standing) guests. 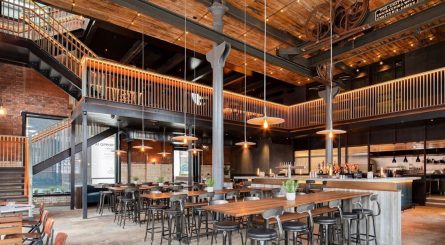 The Light Bar in Shoreditch High Street – within ten minutes walking distance of the Liverpool Street district of The City of London – has private event spaces accommodating up to 70 seated guests and up to 250 guests for standing drinks receptions. 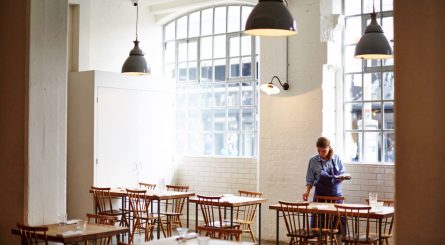 Located on the ground floor of the 1940s Tea Building in Shoreditch, Lyle’s is a clean and serene space which accommodates up to 60 seated (70 standing) guests. The minimalist design of the space makes the venue the ideal backdrop for any occasion. 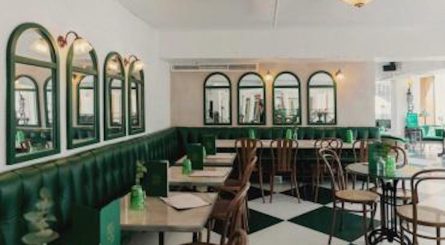 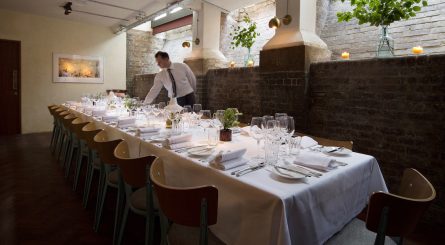 Merchants Tavern
Modern European |
Seats up to 80 |
£35+ per person

Located in the heart of Shoreditch, Merchants Tavern has two private dining spaces seating up to 10 and 22 guests. 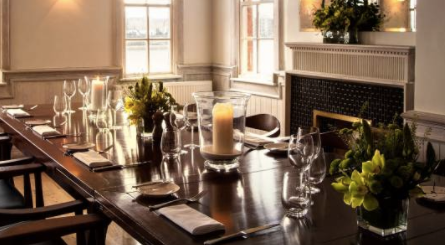 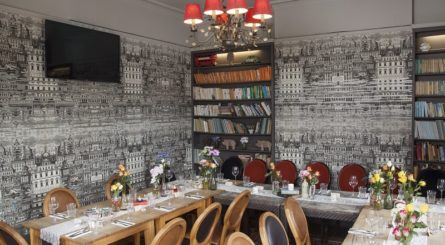 The Paper Room and The Victoria Room at The Crown in Bow each accommodate up to 25 private dining guests or 30 – 45 guests for standing drinks receptions. The First Floor accommodates up to 50 seated (80 standing) guests. 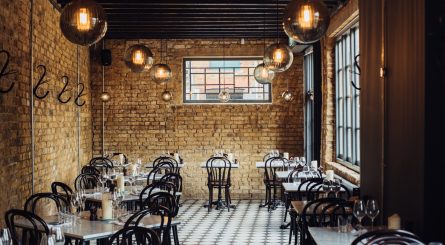 East London Liquor Company’s restaurant in Bow has an Italian food emphasis and is available for private hire. The restaurant can accommodate up to 35 seated guests or up to 70 guests for standing drinks receptions.