Quo Vadis is one of those iconic Soho restaurants. Since being used by Karl Marx to write Das Kapital, it’s been a restaurant since 1926. Now under the ownership of Sam Hart, it’s gone from strength to strength as a members’ club and its private rooms – recently spruced up for 2016 – are also a big draw. Starting at the top, the second floor is home to the private rooms. The Leoni and Marx rooms both lead off a stylish atrium and can be hired as a whole suite or separately. The décor sees cream and beige panelled walls with splashes of colour from tapestry style sash window blinds. Both rooms are flooded with natural daylight and fresh seasonal flowers are part of any room hire. Art deco character comes from small touches like bone handled cutlery, distressed mirrors in between the windows, red leather padded chairs and sympathetic lighting. AV equipment such as Ipod docking system, projector and retractable screen are also available in the Marx room.

The smaller Leoni room can set up to 12 guests but is often used as an add on to the Marx room which can seat up to 32 on four rectangle tables or 24 on one long table. As a suite (for up to 70 guests standing) it’s often used for smaller wedding receptions, press events and product launches, as the neutral colours allow for maximum flexibility and versatility.  The Library meanwhile, with its own stairwell through the main restaurant, is part of its own suite of rooms. A deep red atrium leads onto a snooker room with British racing green walls and bright yellow baize, as well as the Library. A cosy room, it could easily be part of someone’s home with books, a tv, sofas and warm blinds over the sash windows. An intimate room for up to nine guests, this also allows space for pre drinks and is often used by celebrities and those wanting discretion.

The private members’ club is on the first floor, but this can also be used either as part of an exclusive takeover during Saturday daytimes and Sundays when the restaurant is closed, or as part of a non-exclusive cordoned off event where guests can have one end of the members’ club room, including a bar. The area has an eclectic colonial feel with mis-matching comfy sofas and armchairs in a variety of colours. There’s also a Brooklyn-style smoking terrace on this level. The Leoni and Marx private rooms are especially popular with local media and artistic businesses such as literary agencies and art galleries as well as more corporate banks and financial institutions, while the Members area is often used at weekends for wedding receptions and pre-wedding breakfasts, birthday parties and other personal celebrations.

The Marx room has a minimum spend of £1,500 for dinner and £1,000 for lunch, while the Leoni is £800 for dinner and £650 for lunch. Minimum spend for non-exclusive use of the members’ club starts at around £2,000, while exclusive use of the venue on a Sunday begins at £3,000. Menus are seasonal modern British with Mediterranean influences and start at £35 per person although the £25 two course pre-theatre menu is also available in the private rooms with a negotiable minimum spend. Owner Sam Hart, who also owns Spanish tapas group Barrafina, chooses the wine list personally, so it’s perhaps unsurprising that while it is international, there is a European leaning. The ground floor is home to the main dining room which can be hired exclusively for up to 72 seated (120 standing). The minimum spend and room hire is variable and dependent on time and date of event. Our top tip on here though is the Snug – one of Soho’s fabulous hidden spaces only ever found by those in the know! With space for up to 8 guests, it’s located at the back of the main restaurant and is furnished with leather banquettes, black walls and white tablecloths & is ideal for a private a la carte dinner. There’s even a bell to push for service as Snug guests can’t be seen by the main restaurant. 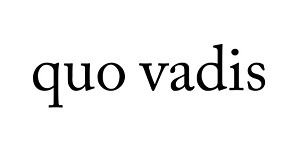 Quo Vadis
Modern British
Seats up to 32
£50+ per person

The Marx Room
Seated On One Oval Table – 24 Seated