Greenwich in London SE10 has a River Thames shoreline to its northern edge and is bordered by Deptford to the east and Blackheath to the south with Woolwich on its eastern edge.

The South East London district is home to The 02, formerly known as the Millennium Dome, which is one of the most iconic landmark buildings in the eastern side of the capital city as well as being one of the largest & most popular music venues in London.

Greenwich’s proximity to Canary Wharf, connections to The City of London via the Docklands Light Railway (DLR) and choice of hotels, restaurants and pubs with private dining rooms ensures that the district is always a popular destination for group hospitality events including breakfast meetings, lunches and dinners.

The area is steeped in history and houses a fine Royal Park as well as The National Maritime Museum, The Royal Greenwich Observatory and the 19th century Cutty Sark clipper ship which acts as a popular tourist magnet.

Greenwich boasts many cosy pubs and restaurants as well as bars and comedy clubs, many of which have function rooms available for private hire. Weekend visitors should make a point of checking out the bustling markets including the famous Central Market – the Camden Market of South London. 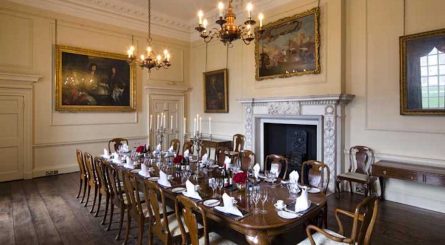 The Old Royal Naval College in Greenwich is one of London’s most historic buildings. Private dining spaces seat 10 – 400 seated guests or 15 – 400 guests for standing drinks receptions. 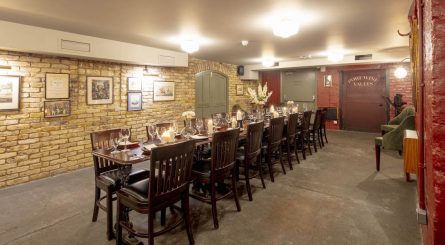