Private dining rooms at hotels and restaurants in the Euston area provide the perfect environment for group dining events including breakfast meetings, lunches and dinners.

Euston in the London Borough of Camden, to the south of Camden Town and west of nearby Kings Cross / St. Pancras, can probably best be described as the area in the capital where North London meets the West End.

Largely known to most people as being the location for Euston main rail terminus, the area is situated at the top of the West End with Fitzrovia and Bloomsbury lying south of its main Euston Road throroughfare. Another notable landmark building to be seen in the area is University College Hospital which extends along Euston Road.

As one of the main London rail terminals connecting the capital city with the country’s northern regions including Manchester, Liverpool, Birmingham and Glasgow, Euston unsurprisingly contains a large number of hotels, many of which have private dining spaces able to cater for group dining events ranging from small gatherings to large scale banqueting events.

Euston’s close proximity to Fizrovia means that the area is within a ten minute walk from the abundance of restaurants with private rooms to be found around Charlotte Street and the adjacent streets of its neighbouring West End district.

In addition to being reached via its main railway station, Euston is accessible via three London Underground stations. Euston Square tube station is on the Victoria Line with nearby Euston and Warren Street tube stations reached via Victoria and Northern underground lines. 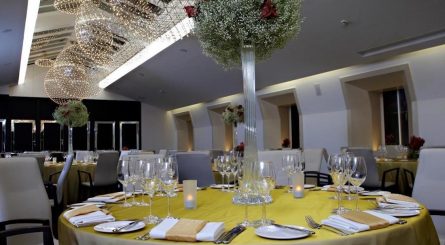 31 Euston Square has nine splendid private dining rooms available for a variety of events seating between 8 and 160 guests. 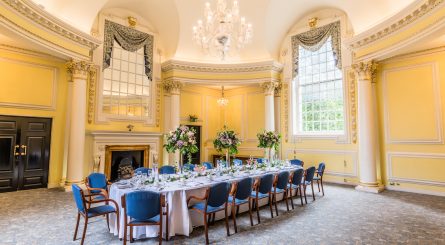 BMA House in Tavistock Square – close to Euston, King’s Cross & Russell Square – has a selection of private dining rooms able to accommodate 25 – 200 seated guests or up to 320 guests for standing drinks receptions. 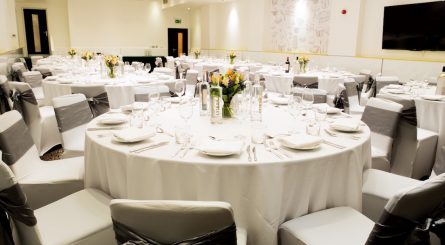 The private dining rooms at The Wesley restaurant can seat between 10 – 100 guests and also accommodate up to 60 for dinner and dance events or up to 150 for standing receptions.