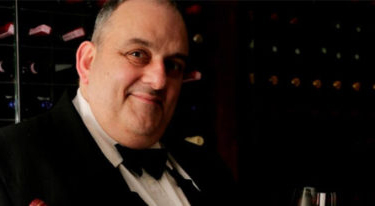 How long have you been at the restaurant?
Five years.

What attracted you to become a sommelier?
It was an accident. I was working at the Grand Hotel in Brighton and a waiter who was scheduled to do a wine course at Brighton Polytechnic fell ill. I was sent in his place. It was only a short course for adult beginners with no certificate at the end but the two lecturers who ran the course were so good that I wanted to learn more. It was they who suggested studying seriously with the Wine and Spirit Education Trust.

Where did you do your training?
Brighton Poly (see above), WSET (certificate and higher certificate), trade tastings, trade press, visits to vineyards etc.

What would you say were the essential skills required to be a sommelier?
I don’t know whether one would class them as ‘skills’ but I think it essential (1) to love food and drink so that learning and talking about them is always a pleasure and never becomes a chore and (2) to listen carefully to what a customer says before recommending a wine.

What are your thoughts on the ‘Red wine with red meat, white wine with white meat and fish’ age-old debate?
Like all generalisations there is a certain amount of sense in it and I would say that, for me, tannic red wine served with shellfish is a definite no, no as it makes both taste nastily metallic. But due to the use of much more international ingredients, I am thinking particularly of fusion food, and modern recipes in general (not to mention the wide variety of wines on the market) you can find reds that often complement fish and whites that complement red meat. One final point is that normally when you eat and drink you very rarely, if ever, have the wine and food in your mouth at the same time so most people choose a wine they like and the food they like. Some of the greatest red wines I have ever served have been chosen by someone who has also chosen dover sole and spinach. Not the greatest combination but thoroughly enjoyed nonetheless.

How does the choice of the right wines complement the different food courses served?
This complement is sometimes called a marriage and, like marriage, wine and food pairings can work on similarity or contrast. When I try out an idea is one of the few times I have wine and food together in my mouth at the same time. If I chew them together, swallow, close my mouth and breathe back through my nose I find it easier to tell why the two complement each other or not. Ideally one is looking for the taste of both the food and wine to linger and, if possible, meld into a taste more enjoyable than the food or wine alone. If you find two flavours that clash this is obviously a bad choice but often either the wine or the food will overpower the taste of the other. If you like both tastes this is not unacceptable for a meal but it is not perfect – unless you REALLY like both tastes. I also find it useful sometimes thinking of wine as if it were a condiment e.g. would I prefer a squeeze of lemon (crisp white) or red berries (fruity red) with my fish?

What’s the best part of your job?
Apart from getting paid to go to tastings and visit vineyards, it is being told by a customer that I have helped to make their meal memorable.

And the worst?
Helping to wash up loads of glasses well after midnight at the end of an exclusive hire when you are longing for bed.

What is the most unusual wine that you have ever tasted and why?
I suppose that would be a white wine from the Medoc that was dry but, due to an abnormally high sugar content in the grapes from one parcel of vines that year, the owners decided to make a few barrels of sweet wine for private interest.

What is the most money that you’ve ever seen spent on a single bottle?
At the Savoy about two thousand pounds but here at Sartoria about five hundred. I have never been interested in working with bottles priced more than this.

How many wines do you have?
About two hundred

How often do you find that customers complain about wine being corked and – in your opinion – how often do you think that they are right?
Hopefully I notice the taint before they do but now and again they do mention it and they are almost always correct. Some people use the word ‘corked’ when they mean there is something wrong with a wine and usually they are also correct. I would say that since the wider use of ‘stelvin’ closures or screwcaps I have noticed a decrease in the amount of corked bottles.

Sartoria
Italian
Seats up to 50
£55+ per person