Home to the eponymous orange crumbly cheese, Cheshire in north-west England borders the metropolitan areas of Manchester and Liverpool to the north with Staffordshire and Shropshire as its southern borders with Derbyshire to the east and Wales at its western edge.

The county town of Chester and other towns including Crewe, Wilmslow and Alderley Edge all have a good selection of venues including restaurants, hotels and pubs with private dining rooms available to hire for a range of events including private and business dinners and receptions. 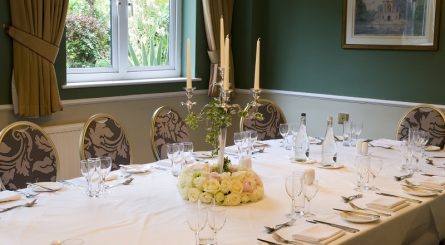